They said he came from a respectable family. Regarding his character, they said he was kind, loving, and respectful. By all accounts, he had a bright future ahead of him in the medical field, and a spot on the U.S. Olympic Swim Team beckoned. On January 17, 2015, the vast majority of people would have thought that Brock Turner was going places. A promising young man, indeed. 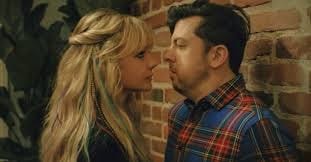 Twenty-four hours later, he was under arrest. Not long after that, he was facing two charges of rape, two charges of felony sexual assault, and one charge of attempted rape. There are two things to consider here. The first is that a pair of Swedish exchange students literally caught Turner in the act of raping Chanel Miller, who was unconscious. The second is that even after being found guilty of three felonies, Turner received a sentence of six months in jail and three years of probation.

How many young women were in a situation where the Swedish exchange students didn’t show up? How many young women found themselves in a situation where educational institutions and law enforcement ignored them for the sake of “fairness?” A shameful amount and that shame is particularly acute given that it takes place in what some call the greatest country in the history of the world. 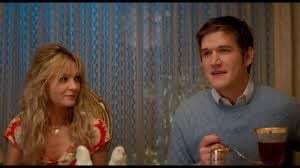 As a result of all that, art draws on life. I have no doubt that a studio has commissioned the writing of a screenplay about Chanel Miller and Brock Turner. In the right hands, that film could be raw and uncompromising. The best hands, however, can tell the truth of a story without being shackled by reality, which is the real strength of genre filmmaking. The power to take a relatable action or theme, and by heightening it, make it all the more powerful. That’s just what Emerald Fennell has done with her debut film Promising Young Woman.

Cassie (Carey Mulligan) has a plan. Like the best plans, it has short and long-term components, and it’s flexible enough to allow for improvisation when needed. A typical part of the plan takes place in a bar, one that’s loud, energetic, and young. She sits, falls over, and appears to be hammered. Sooner or later, some guy notices.

Tonight, it’s Jerry (Adam Brody). Are his intentions good, or is it all a smokescreen from the beginning? All we know for sure is that he offers to get her back home safely, yet somehow they end up at his place. She seems only a little conscious. He sees an opportunity. He moves in for a kiss and moves her to his bed. As he’s removing her underwear, she drunkenly slurs, “What are you doing?” She says it again, and her voice is sober and as strong as steel.

Many of these men are humiliated. It’s possible that with others, Cassie goes further. It all comes from the trauma she experienced that had something to do with her best friend Nina. She dropped out of medical school, works in a mediocre coffee shop, and lives with her parents. Her father Stanley (Clancy Brown) senses she’s going through something and tries to be supportive. Her mother Susan (Jennifer Coolidge) pressures her to move out, find a better job, land a great guy, and Cassie roundly ignores that pressure.

As always happens, Cassie experiences complications. The biggest comes in the form of Ryan (Bo Burnham). He remembers her from med school, he’s become a witty and charming pediatrician, and Cassie thinks she might be falling for him. Ryan is also still in touch with the man who started Cassie’s journey, and she sees an opportunity to smash an entire system, one nice guy at a time.

Promising Young Woman is sort of a revenge thriller, kind of a rom-com, a little bit a satire, and a smidgen a horror movie. The tonal whipsaw is intentional and director Emerald Fennell knows precisely what she’s doing. Anyone who’s gone through trauma knows that mood swings can happen fast, and when you were despondent thirty minutes ago, you’re laughing hysterically now. Fennell matches the tone of the scene with Cassie’s emotional state, creating a film that might initially feel like a mishmash, but is actually ruthlessly logical and impeccably timed. Without getting into spoilers, I applaud Fennell’s filmmaking skill, particularly the final twenty-five or so minutes of the film. She leaves us with one of those too-rare endings that’s shocking and indelible.

It’s long been said that the mark of a good writer is the ability to tell a story in their own voice. Fennell is a damn good writer, and her script is intelligent, blackly funny, and perceptive. She parses out information slowly, showing us what Cassie’s plan is, what happened to Nina, and how Cassie and the world push against each other. We may not always understand why Cassie does something in the moment, but Fennell’s plotting and characterization are so assured that all the questions that really matter are resolved. She shows us that what happened to both Nina and Cassie wasn’t the result of a man’s actions. Rather, it’s all about a system that’s been in place for a very long time.

Would this film still work without Carey Mulligan? Perhaps, but I have a lot of trouble imagining who would do the role of Cassie justice. Mulligan is frankly astonishing, and like Cassie, she’s trying to achieve an impossible catharsis. At several moments, we see Cassie’s notebook, and within are the names of dozens of men. Some of those names are written in red ink. Mulligan knows Cassie is on a mission, and she approaches it with tenacity and an unsettling eye for the details.

A lesser film would have portrayed Cassie as a vigilante and gone for grindhouse thrills. Where things get fascinating is watching her get tangled up with the messy business of human relationships. Almost against her will, she starts falling for Ryan, and Bo Burnham’s portrayal is sweet, funny, and complicated. Their chemistry works so well since the film takes the time for them to get to know each other, and always considers that the last thing Cassie wants is a relationship. Smaller roles played by Alison Brie, Alfred Molina, and Connie Britton also make big impacts.

A little research into the sordid Brock Turner saga tells me that his dreams of Olympic gold and a lucrative medical career have been dashed and that he lives with his parents and holds down a job that’s slightly above minimum wage. You ask me? He got off light because he never came into contact with someone like Cassie, someone who truly forced him to confront the consequences of his actions. Promising Young Woman introduces us to an indelible character, one who will put a well-deserved scare into just the right guys.

Tim Brennan
Tim has been alarmingly enthusiastic about movies ever since childhood. He grew up in Boulder and, foolishly, left Colorado to study Communications in Washington State. Making matters worse, he moved to Connecticut after meeting his too-good-for-him wife. Drawn by the Rockies and a mild climate, he triumphantly returned and settled down back in Boulder County. He's written numerous screenplays, loves hiking, and embarrassed himself in front of Samuel L. Jackson. True story.
Tagged: Movie ReivewPrime
OnDaytona.com is a directory and information guide for Daytona Beach, Florida.
Discover the best of Daytona Beach shopping, restaurants, night life, breweries, events, business, outdoors, fun, local life, real estate, transportation, jobs, and schools.
Looking for what to do in Daytona Beach? OnDaytona.com has columnists, and bloggers to keep you up to date on the best of Daytona Beach, Florida.